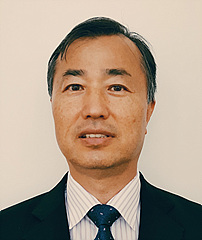 It was on April 30, 1992 that the Republic of Korea and the United Republic of Tanzania established diplomatic relations. Since then our two countries have indeed continued to develop our friendship and cooperation in many fields. And this year we are now celebrating the 28th anniversary of our diplomatic ties. One might say that our ties are in their prime time like an energetic human being at the age of late twenties.

Reflecting on the year 2019, I am happy to say that the year 2019 was meaningful to the goodwill relations between our two countries. As a follow-up to the official visit to Tanzania by HE Korean Prime Minister LEE Nak–yeon in July 2018, our two countries started to renegotiate for the conclusion of the two important bilateral economic agreements, namely Double Taxation Prevention Treaty and Investment Protection Treaty. For the promotion of bilateral parliamentary cooperation, the Honorable Tulia Ackson, Deputy Speaker of the Tanzanian Parliament, visited Korea  and met with her counterpart the Honorable LEE Joo-young, Vice Spearker or the Korean National Assembly in September while the Honorable KIM Se-yeon, Chairman of Health and Welfare Committee of the Korean National Assembly, visited Dar es Salaam and Dodoma to monitor the on-going international partnership of eradicating malaria in Tanzania and to discuss how to trengthen our two friendly countries' partnership against malaria in this country with HE Ummy Mwalimu, Minister of Health, Community Development, Gender, Elderly and Children and other important Tanzanian stakeholders in November. HE Hussein Mwinyi, Minister of Defense participated in the major international defense industry exibition called APEX 2019 held in Seoul in October.

This year 2020, the Korean Government looks forward to the upcoming visit to Korea of HE Prime Minister Kassim Majaliwa as a reply to the historic visit of HE Korean Prime Minister LEE Nak-yeon.

In the field of official development assistance (ODA), the Republic of Korea selected the United Republic of Tanzania as one of her 24 priority partnership countries around the world for the years 2016 to 2020. Since the establishment of our bilateral diplomatic relations, the Republic of Korea has been a major cooperation partner for Tanzania’s development in various areas, spanning agriculture, fisheries, education, vocational training, healthcare, ICT, water management, infrastructure development, through a variety of Korean organizations, in particular, the Korea International Cooperation Agency (KOICA) that is working on grant activites and the Economic Development Cooperation Fund (EDCF) that works on concessional mega loans projects. As the private sector’s development partners for Tanzania, a number of Korean NGOs, representatives of religious communities and volunteers, in a spirit of humanitarianism, have been working devotedly in various development areas around the country, together with Tanzanians.

I would like to share with you some reflections on what we in Korea have learnt from our own development experiences in our modern history. The Korean War of 1950-1953, which erupted just a few years after Korea's regaining of independence in 1945, left the Republic of Korea in complete ruins. However, the Republic of Korea pursued a series of successful measures to emerge from this total devastation such as effective export-oriented economic development policy, great investment in education, continual innovation in technology, and democratization. And by travelling such a unique impressive path it finally succeeded in reshaping itself to emerge now as the 11th largest economy in the world.

This remarkable transformation has come to be known as the “Miracle on the Han River.” In this regard, the Korean Government's Knowledge Sharing Program (KSP) aims to fully share the wisdom that Korea has gained from the lessons learned in her past process of rapid economic development, with its friendly countries, including Tanzania. In ways such as this, the Korean government has made valuable efforts to partially contribute to the full realization of Tanzania's National Development Vision 2025 of becoming a middle income country by 2025 through industrialization.

In paralell with the above efforts to further deepen and expand the true friendship between our two countries, I and the members of the Korean Embassy are committed to exerting our best to protect and promote the safety and security of about 800 Koreans living in Tanzania.

I and the members of the Korean Embassy hope that Koreans living in Tanzania too play a valuable role in nurturing mutual understanding and friendship between the peoples of Korea and Tanzania, as they continue to pursue their own goals in the fields of  interesting to them.

It is my heartfelt wish that throughout the new year of 2020, the bonds of true friendship between our peoples will continue to flourish, and that all the Korean nationals in Tanzania will lead happy and safe lives in the years ahead.

Ambassador of the Republic of Korea