The Korean Tiger and its Symbolism

The Korean Tiger and its Symbolism

The Korean peninsula was once home to a large population of majestic tigers. They freely roamed the mountains and were both feared and respected, as a dangerous wild animal but also as a guardian creature. Unfortunately, the Korean tigers are now extinct, but the tiger is still seen as the national animal of Korea. Even the shape of the peninsula can, with some imagination, resemble a tiger. Do you agree? 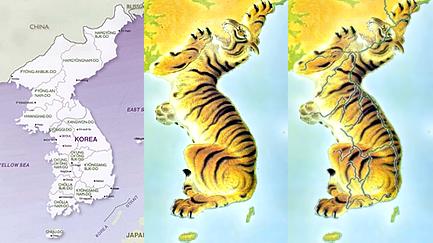 Known as the “Land of tigers” the tiger (호랑이) has been strongly associated with Korean history and culture. The mountains and the tigers residing there have been portrayed in Korean art, mythology and folktales since the beginning of Korean history. The tiger plays an important part in the Legend of Dangun (단군) - the birth of the Korean civilization. Even though the tiger gives up being a human and stays an animal, the tiger remains a symbol of strength, power and superiority, as well as a creature that protects humans against evil spirits as portrayed in different art and paintings throughout history.

Tigers coming down from the mountains were a real threat to people at that time. So naturally numerous myths and folktales involve tigers and the warnings and morals related to them. Many Korean folktales also have a clever way of starting a tale. Instead of using “Once upon a time” they use the phrase “When tigers used to smoke (호랑이 담배 피우던 시절)”. This is to show that the story took place a long time ago. Can you imagine tigers smoking? You can take a look at some paintings, and one shows exactly that. 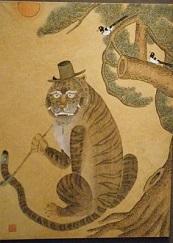 The importance of the tiger was demonstrated when it was selected as the mascot for both Olympics held by the Republic of Korea. In the Summer Olympics held in Seoul (서울) in 1988, the mascot was portrayed as an orange Siberian tiger (Korean tiger) called Hodori (호돌이). Ho (호) comes from the Korean word for tiger (호랑이). A white tiger (백호) called Soohorang (수호랑) was chosen as the mascot in the Winter Olympics held in Pyeongchang (평창) in 2018. Sooho (수호) means “protection” in Korean and rang (랑) is again taken from the Korean word for tiger (호랑이). 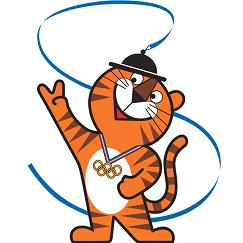 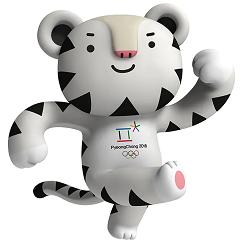 The white tiger holds a special importance in Korean culture. In Korean mythology, it is believed that when a tiger has been through many obstacles and eventually comes to understand the true meaning of life, the fur turns white and the tiger becomes a sacred spirit. The wise white tiger focuses on what is right and wrong, and its presence makes the powerful become humble and the rich become generous. This strengthens the beliefs of tigers being seen as guardian deities.

The country known as the “Land of tigers” has more to offer on the topic of tigers than what can be described in this short article. But it’s worth mentioning that the tiger’s disappearance has made their symbolic significance even more important. Instead of focusing on the living animal that once roamed the country, the tiger remains a symbol with strong cultural importance for Koreans. A symbol they can identify with.

Tiger under a pine tree, by 김홍도