Did you know that a Korean baby being born on New Year’s Eve will already be two years old within the second day of his or her life? This is due to the unique age-calculating-system used in Korea.

When a Korean baby is born, he or she is already one years old. When the New Year strikes, on January 1st, every Korean turns one year older. That means that a Korean baby born on December 31st will turn two years old the day after, on January 1st. Let’s say you were born in 2000. It means your international age is 19 years old, while your Korean age is 20 years old.

The system’s origins are unclear. However, there are several theories of this unique age counting system. One theory is that the one year counted on the day of birth refers to the time spent in the womb – with nine months being rounded up to twelve. Others point to an old ancient Asian numerical system that did not have the concept of zero. As for the extra year added on January 1st, some experts claim that it is connected to the Chinese 60-year calendar cycle. They believe that ancient Koreans placed their year of birth within this calendar cycle at a time with no regular calendars. Therefore, they tended to ignore their day of birth and add a whole year on the first day of the lunar calendar instead. As Koreans later began to observe the western calendars, the extra year is now added on January 1st.

In the early 1960s, Korea officially started using the Western-style calculating system. International age, referred to as 만나이 (mannai), is mainly used as the legal age when it comes to courts, hospitals and public offices. However, Korean age is still used in people’s daily lives.

So what is your Korean age? To find out, you should add one year to the current year (2019), then subtract the year of your birth. 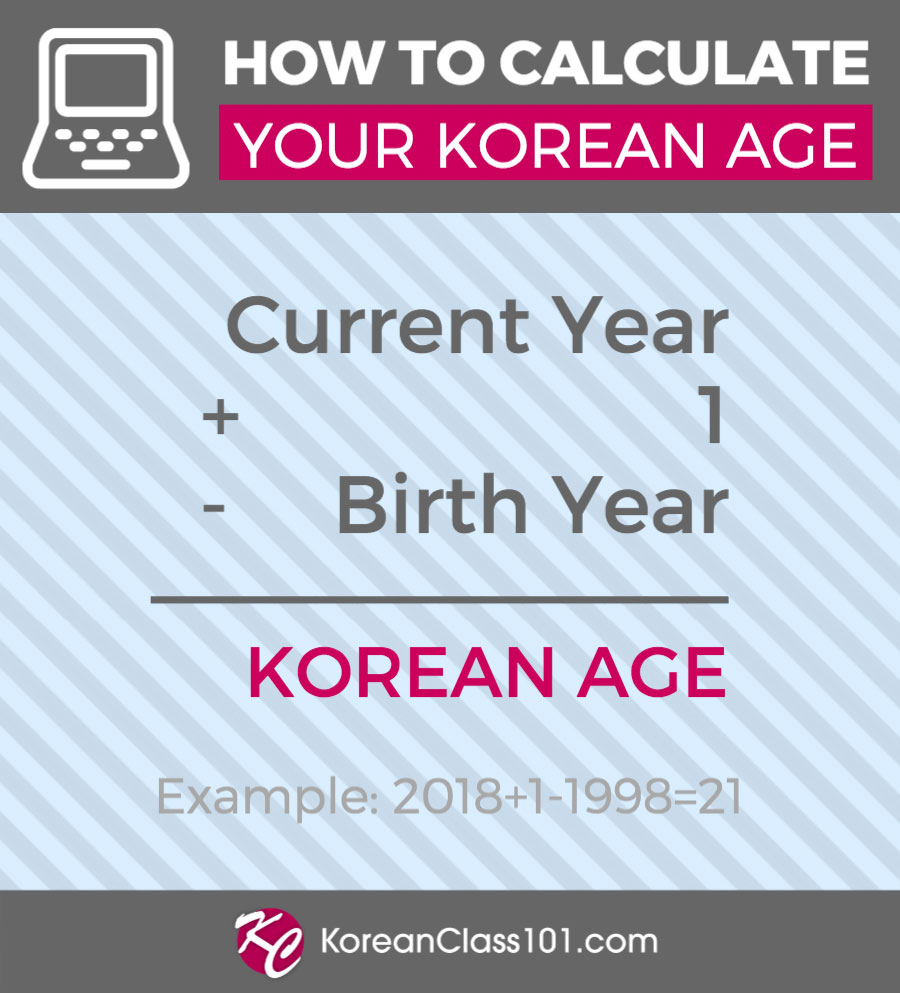