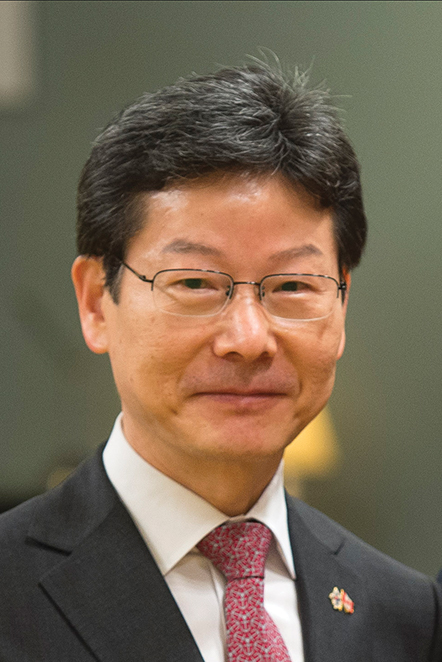 Welcome to the official website of the Embassy of the Republic of Korea to Canada.

As you may know, Canada has a longstanding and abiding connection with the Republic of Korea. The relationship spans over a century ago, when the first Canadian missionaries and doctors journeyed across the Pacific to land on Korean shores. In the subsequent decades, during Korea’s darkest hour, 27,000 Canadian soldiers– under the aegis of the United Nations, travelled to the Peninsula, to stand shoulder-to-shoulder with the Korean people during the Korean War. Historically, Canada has always played an outsized role in the modernization of the Republic of Korea. For this, Koreans will be forever grateful.

If history is to be our guide, the Republic of Korea and Canada are on a path towards greater bilateral cooperation. Since 2014, with the establishment of the Strategic Partnership, the collaboration between both countries has only accelerated: In 2015, the Korea-Canada Free Trade Agreement (KCFTA) came into force. The following year, the Korean Cultural Centre was established in Ottawa; enhancing cultural ties between both countries. By 2017, the Korea-Canada Science, Technology, and Innovation Agreement was implemented, which provided a strategic framework for closer cooperation in areas critical to the 21st century economy.

As a result of the varied and numerous business, educational and cultural ties that we share together, Canada is a familiar destination to many Koreans; more so as of late, as it was showcased in a popular Korean drama that eventually became a smash hit across the Asian continent.

Our vibrant and growing people-to-people exchanges are another indicator of the flourishing bilateral ties between our two countries. Canada is the Republic of Korea’s second most favoured destination for emigration, and the third most popular destination for post-secondary education. Canada is also home to a sizeable contingent of the Korean diaspora – the fourth largest in the world. Conversely, there are presently 23,000 Canadians that call the Republic of Korea home; 3,200 of whom are Canadian English teachers. Thus, the Korean Embassy in Canada plays a pivotal role in providing the necessary support for Canadians who wish to travel, study or work in the Republic of Korea.

Sustained by a long history of cooperation, and buttressed by strong and sustainable frameworks for collaboration, the Republic of Korea and Canada can truly be considered as ideal partners; allies who will continue to thrive – and stand – together to defend our shared values of peace, freedom, democracy and human rights.

The Republic of Korea’s policy of putting the people first; by pursuing an economic policy beneficial to all citizens, is very much aligned with Canada’s long standing tradition of pursuing shared and equitable growth for all its citizens.

Through close cooperation with local and international partners, and in partnership with communities across Canada, the Embassy of the Republic of Korea is steadfast in supporting the next bright chapter in Korea-Canada relations.

I welcome you to explore the website; and to learn more about Korea, the Embassy’s work in Canada, and how the Republic of Korea is making a difference around the world. So do become a part of this ever growing and dynamic friendship!

Ambassador of the Republic of Korea to Canada